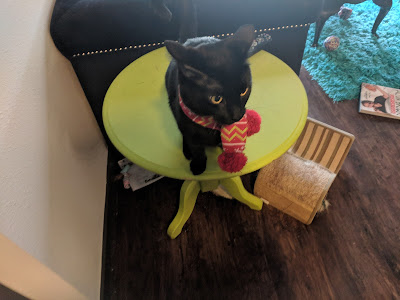 Hello, my name is Mason Dructor and I am a senior Computer Science major at OU, graduating this spring.  I transferred to OU after getting my Associate's degree in Computer Science at Oklahoma City Community College.  It has been 4.5 years since I started my pursuit of higher education and I am very excited to finally graduate and get back into the workforce, make some money, and move out of Oklahoma!
I am a bit older than most of those graduating with me and will be turning 30 this April.  Instead of going to college when I graduated high school I decided to pursue a career as a musician for a few years and then got an opportunity to be a store manager at Starbucks. It was while working at Starbucks that I met my wife 5 years ago, and it's because of her that I am now at OU.  She was working on her thesis for her Master's in Geophysics when we met, and we would always spend a few days a week in Norman hanging out on campus.  Seeing her work full-time at Devon Energy while… 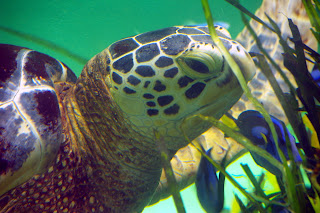 There was once a turtle named Frederick who lived in a tank inside the nicest Chinese
buffet in all of Elliot, a small town in Florida.  Of course, in this small town, there were
only so many Chinese buffets. In fact, there were only two.  But the one Frederick lived in
was nicer and even had two aquariums harboring different kinds of fish, and of course,
Frederick the lone turtle.

Even though Frederick lived in the nicer of the two Chinese buffets, he was in the smaller tank of the two at his restaurant. He was upset by this and longed to be transferred to the bigger tank and have more room to swim. Every day kids would come up to his tank, stare at him for a few seconds, and move on to look at the big colorful fish in the bigger tank.


Every Sunday morning was tank cleaning day, and one of these Sundays the tank cleaner talked to the owner about moving the turtle in the small tank to the big tank.  Of course, Frederick did not hear this, nor did he speak Mandarin.

When the tank clean…